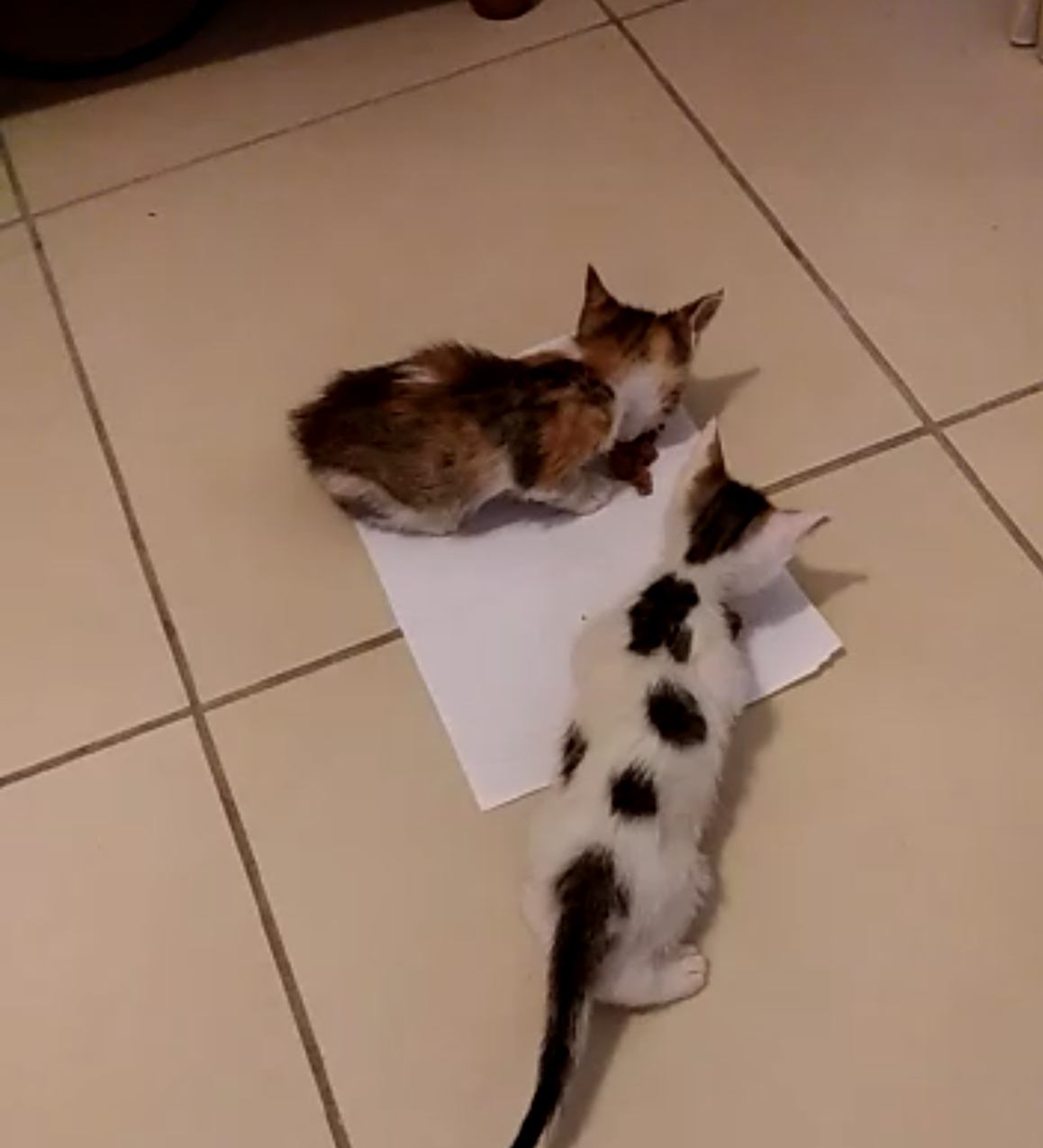 Our cat lady Sofia informed us today about these two female kittens who were found by a neighbour on the edge of the road. Their mother could not be located, leading us to believe that she may have succumbed to the poison that is often laid out to kill stray animals around here. They were emaciated, have large inflated bellies, which indicates a serious parasite infestation

.
The two suffer from a respiratory infection and severe inflammation of the eyes which, if left untreated, would lead to loss of vision or death. We would like to try to save the kittens and, if that works out, find a home for them later.

‍
Kittens that are abandoned at such a young age, can unfortunately never survive on the streets on their own.
But now it's about saving them!

‍
Who would like to help them and sponsor one of the girls?

‍
A sponsorship for a kitten is 20 euros per month until it is found. Of course, that doesn't cover the medical expenses, but at least feed and a spot in the shelter!